Now if you are a BlackBerry mobile phone user and you also love the Xbox 360, then you should love the new BlackBerry Xbox Live Beta, a brand new app called “XBerry Live”.

So basically you have a BlackBerry handset, you can get on the internet, you love the Xbox 360, if you have these then the new beta XBerry Live will be just for you. The new applications will allow you too see who on your friends list was online and what they were playing. 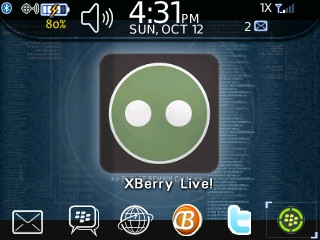 You do not have to add your friends off the list; you can even add anyone with an Xbox Live Gamer Tag. A cool feature that was added to this XBerry Live app is the ability to know exactly when there is a newer version out, it will even let you know when to update the app. Remember though this is only in its Beat stages so you are bound to come across some minor problems, if you do not like beta then do not add it.

This new XBerry Live app will work with any BlackBerry smartphone that is running on OS version 4.2.1 and up, it is available on 81xx, 83xx, 87xx, 88xx, and 9000. To get this new BlackBerry Xbox Live Beta “XBerry Live App” just type in this URL http://jxl.me/xberry/xberrylive.jad into your web browser.

Let us know what you think if you have it?

One thought on “BlackBerry Xbox Live Beta: Will XBerry Live App be good?”