LG have pushed out three new mobile phones which are apparently destined for AT&T, although neither LG nor AT&T has officially announced these yet. The three new mobiles are the LG Incite CF810, the LG CF750 and the LG CF360.

Of the three the LG Incite CF810 is probably the most interesting with tri-band HSDPA and 3G, GPS, WiFi, metal alloy body, 240 x 400 pixels screen, 3.2 megapixel camera and runs Windows Mobile 6.1 Professional. The LG Incite CF810 carries the AT&T logo on its display, but is also slightly customisable. 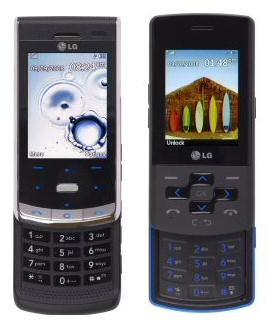 The LG CF750, is just basically a clone of the LG Secret with 5 megapixel camera and limited touch-screen, and will pack the AT&T GSM and 3G frequencies. The LG CF360 is seated in LG’s mid level range buy as yet no further details are available for this handset.