Apparently those rather boring Palm Pre smartphone adverts evoke feelings of “inspiration and happiness” according to a nationwide study of 305 viewers claims media curves.

Apparently half of those viewers chose happiness or inspiration as the emotion they felt whilst watching the Palm Pre advert featuring Tamara Hope. 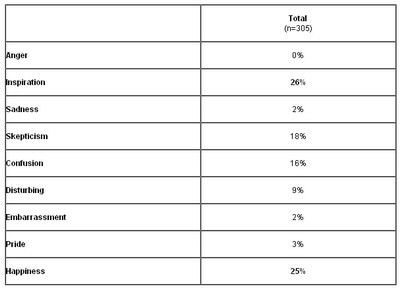 Furthermore 46 percent of respondents stated the adverts were “somewhat effective” while 21 percent say they are “extremely effective,” and 19 percent said the adverts are confusing. Personally I probably fall in the 1 percent that actually thinks these Palm Pre adverts are sleep inducing.