3jam was introduced at the end of July and is a virtual phone service that apparently takes on Google Voice reports an article on Cnet.

3jam’s public beta is widely available to anyone, Google Voice however is an invitation only closed beta. 3jam cost an extra $5 per month on a 12 month contract and that does not include a premium SMS plan. 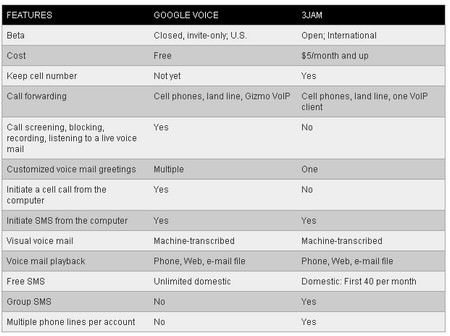 One thought on “3jam Vs Google Voice: Hands-on and comparison chart”