We mentioned earlier that Microsoft Office 2010 beta is now available but what is more interesting is the screenshot that was leaked online of Windows Mobile 7.

Everything was kept close to the chest and nothing was revealed but the Office Mobile 2010 let slip a screenshot online that we found via IntoMobile, the new interface looks very clean indeed, the screenshot shows Sharepoint and within it you can clearly see ‘Office Mobile 7 UX . 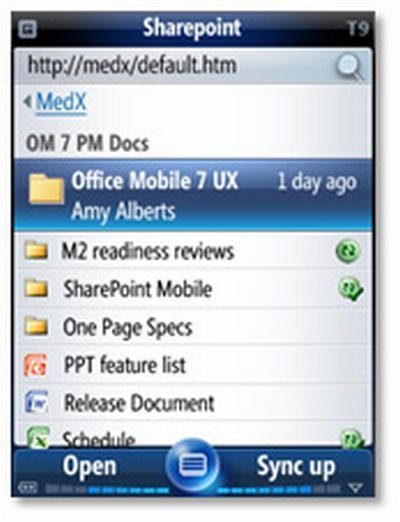 It also shows that you can open the folders plus Sync Up, the all new WinMo 7 is apparently going to be released early next year and we can see this being a success, but only time will tell all. Let us know what you think of the screenshot above as we are intrigued to know what you think.

Wonder if the iPhone will ever get to see Microsoft Office 2010, now there is something we can all hope for as this would open the door a little wider.