Nokia Ovi Orion Gaming Phone: iPhone and others watch out

Looks like the Apple iPhone and others should watch out for the all new Nokia Ovi Orion Gaming Phone, this could be the best mobile phone for playing games beating the likes of the iPhone in the process.

Ok the Nokia Ovi Orion is only a concept but the video below is pretty impressive, and Nokia should really consider making this for the mass market. Playing iPhone games is very good indeed but according to ‘recombu’ they say that playing a first-person shooter or football game on an iPhone is not bad at all but nowhere near as good as the Nintendo DS or Sony PSP, hey Nintendo and Sony “Build a gaming phone yourselves”. 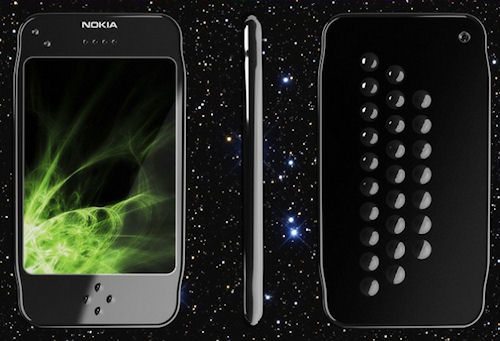 Nokia did have the N-Gage gaming device but due to lack of sales they dumped it, so it is about time Nokia came out with something special and this is where the Ovi Orion device could fill the gap. Please watch the video below, and please do answer our poll question by voting. What do you think?