At the MIX10 event, the Windows Phone booth shows a number of partners listed either side of the screen (Larger Image below) and it shows Dell listed as one of them.

The booth shows a few partners lined up including HTC, LG, Sony Ericsson, Garmin-Asus, HP, Toshiba, Samsung, Sprint, T-Mobile and a few more, well now thanks to pocketnow.com they have a photo showing Dell on the right top corner. 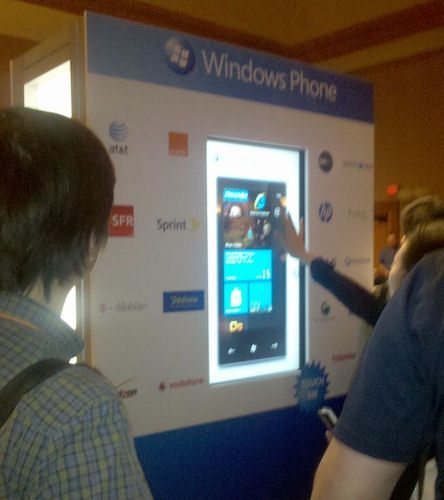 Dell is trying to push out the Mini 3 Android smartphone for AT&T we will keep you posted about Dell and its Windows Phone 7 partnership as soon as we hear more.

Would you like to see Dell aboard the Windows Phone 7 train? Please let us know what you think, post all your views in the comments area provided below.