Yesterday we reported the Verizon HTC Incredible specifications and release date and asked if this was official, well it seems it has been officially confirmed on the VZ site.

Pretty similar to the Nexus One in a way, the DROID Incredible differs from the N1 because it has Sense UI, 8-megapixel camera with auto focus. Other features include 8GB of integrated memory, GPS, memory expandable for up-to 24GB thanks to the MicroSD card slot. 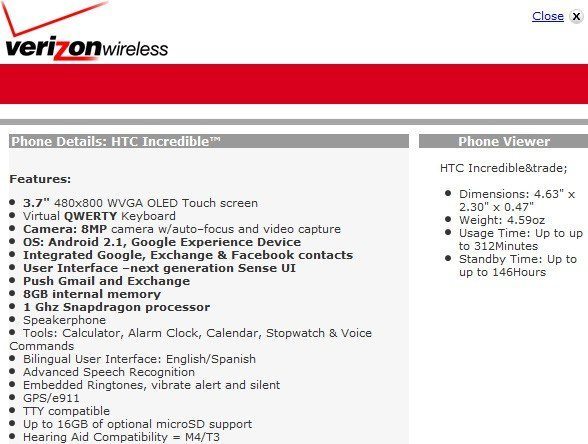 The specs in the image above look impressive, so there you have it, its all official. We will keep you posted as there will be much more news on this new mobile smartphone.