Is Apple Homophobic In Their Censorship?

Okay so Apple has new iBook whereby you can book download content onto your new shiny iPhone 4 or iOS 4 packing iPad, but what good is iBook if Apple’s censorship people cut a graphic novel to pieces so it basically is pointless reading?

Brain Barrett of Gizmodo gives us a couple of examples of Apple’s graphic novel content censoring with an article concerning a couple of classics by classical authors, namely James Joyce and Oscar Wilde, which being an author myself, gets right up my nose. 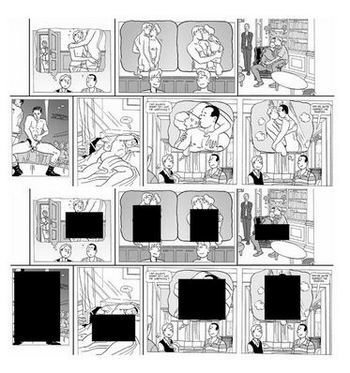 According to the article which comes courtesy of the NYTimes and The Big Money shows how Apple have censored James Joyce’s Ulysses and Wilde’s The Importance of Being Earnest.

While Apple’s basic objection to boobs being displayed in Ulysees Seen, the illustrator did offer to cover them up with fig leaves and such but that wasn’t good enough for Apple and thus the text box was splattered right across the illustration. 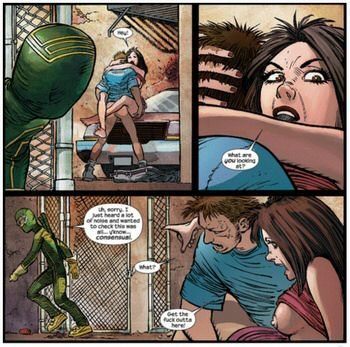 But more of a concern is when it comes to The Importance of Being Earnest, Apple’s censorship completely destroys the illustrations because it involves two men kissing, and seems to be somewhat homophobic as if you also look at a scene from Kick-Ass involving a heterosexual couple Apple hasn’t bothered even blocking out a colourful boob showing nipple, the act of intercourse or swearing.