Looks like Apple pushed out the new Apple Store App just in time for the iPhone 4 pre-order rush, but apparently even though you may have downloaded the new app which enables an iPhone user to pre-order direct from their existing iPhone, you still may not be able to do so.

According to an article over on Gizmodo by Brian Barrett, and by way of Macrumors, the new Apple Store App for the iPhone is actually facing the same issues as the Apple Online Store. 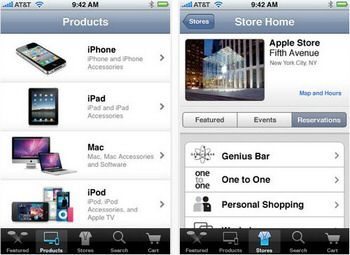 However once they get the application up and running ok you will be able to pre-order your iPhone 4 along with doing a bit of shopping for Apple gear, sign up for workshops and events at your local Apple store, and read customer reviews.

So, have you downloaded the Apple Store App? Have you managed to pre-order your iPhone 4 via the application? Or are you experiencing the same difficulties as others using the Apple Online Store?