How to install the Android 2.2 (Froyo) update on Acer Liquid E

In the following guide you will learn how to install the Android 2.2 (aka Froyo) update on the Acer Liquid E. Announced a few days ago, the update went live on officials Canadian servers and can be installed by both Rogers and Fido users. As the update wasn’t OTA (over the air), people had to manually download and configure it, using some instructions from the developer. To sort things out, we put all of it in the simple guide, which can be used by all kind of users.

The Android 2.2 (Froyo) update found bellow is the official version, received by all Fido and Rogers users. An OTA version is not available at the moment. The only way to install this is to follow our guide or the one found on the official website. By installing this, you will get the basic Froyo features, like Flash support, USB and Wi-Fi tethering options, Microsoft Exchange integration, a new browser, improved Google Voice, real-time language translation, installing apps on the SD card and also, auto-updating them. No custom features have been added by Rogers or Fido Canada. Just the basics.

Before we start, there are some things that you are going to need: the Acer LiquidE USB drivers installed on the PC, a 1GB or larger microSD card inserted into the phone, an USB cable and a full battery (on the official website it says just 30%, keep it full to play safe).

Other things needed are the actual update files. They can be downloaded directly from the link listed below or, from the official website. For the second option go to Acer Canada -> Service and Support -> Download Center -> Smart Handled -> Liquid -> Liquid E -> Click on OS and then choose Android 2.2 from the “Operating System:” section. Two files like bellow should appear. One is for Fido and one for Rogers and they are the same with these: 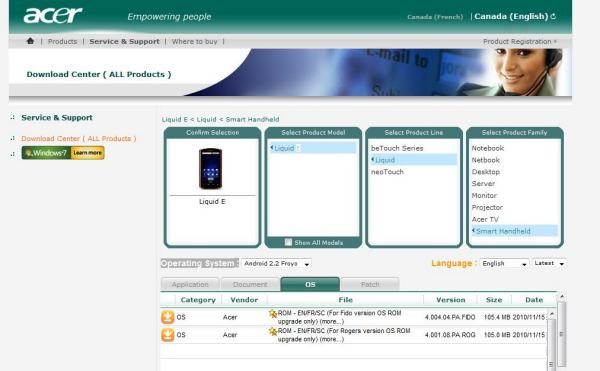 How to update the Acer Liquid E to Android 2.2:

Step 1: Connect the Acer Liquid E to the PC, using an USB cable. The screen should look like this: 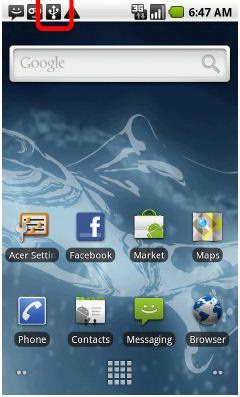 Step 2: Pull down the status bar and press on the “USB connected” message. 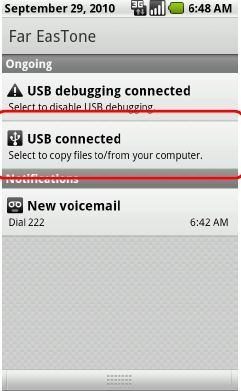 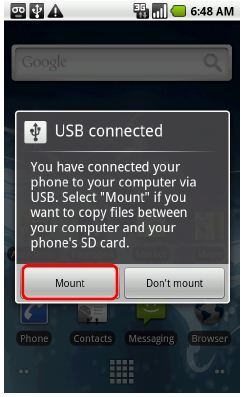 Step 4: Unzip the archive containing the update (the one downloaded before we started) and you should see two files: update.zip and Acer_LiquidE_1.100.79_PA_FIDO / Acer_LiquidE_1.100.03_PA_ROG. Go to the PC, open My Computer and copy the files stated above into the root folder of the microSD card (called J:).

Step 5: Safely remove the J: disk and unplug the phone.

Step 6: Power off the phone.

Step 7: Press and hold camera and volume down buttons and then press power. The Acer should vibrate 3 times and you should see the Battery and Call LED on, while Mail LED flashes. This means the phone is downloading the firmware.

Step 8: When the installation is done, the phone should reboot and that’s it.

If you have any questions, use the commenting section below. We would like to mention that mydaily-gadget.com is a very good site to visit, they are very informative indeed and only started this year, this is their first guest post on phonesreview.co.uk

Tags Acer Liquid eAndroid 2.2how to

6 thoughts on “How to install the Android 2.2 (Froyo) update on Acer Liquid E”