How iOS 4.3 and Application Subscription will change the app world

Days pass by and most of us are used to get scared when a new iPhone operating system comes out. Afraid that we are going to lose our jailbreaking capabilities and thus, that beautiful unlock feature. Well, there is more to this. As you probably know, iOS 4.2 was designed especially for the iPad and brought tons of new features.

Wonderful features that each and every one of us expected like little kids. iOS 4.3 is going to take Apple to a further step.

Little is known yet about iOS 4.3. With a 13th December 2010 due release date, a delaying announcement is expected. As for the new features, apart from fixing some bugs and security issues, just two of them were officially announced: app subscription and Murdoch’s “My Daily”. I assume all of you have knowledge about the last one, the famous paper that will be delivered edition by edition to your iDevice. How will Apple do that? Not free of course. That leads us to the point of this post:

App Subscription is the best idea I have seen from Apple in months. All applications until now were divided into two categories: paid and free. Application Subscription divides the first one into two more: one time payable and frequently. Think of World of Warcraft and Call of Duty Black Ops. World of Warcraft requires a monthly fee of $14.99 (last time I checked) while Black Ops can be bought for just $59.99. This is the same concept Apple tries to implement in the mobile world.

With App Subscription, Apple will now force you to pay frequently for your long lasting wishes. Designed first for newspapers, e-magazines and other media extensions (music, videos etc.), the concept will surely move to other applications. I am talking about nice tethering apps, games and god I hope no: Angry Birds. Now try to imagine this. Everybody loves Angry Birds (latest numbers show that over 50 million people downloaded the game). It’s ok to pay Â£0.59 (that approximately $1) for the game, because it’s stored there. You can play it 24/7 or just two times a month. It doesn’t matter.

Now think about paying $0.5 monthly for Angry Birds. And let’s say that you have over 20 games that you enjoy as much as Angry Birds. And let us not stop here. We need apps. You can’t live without them. There are tethering apps that cost $20, while the full AT&T service is $20/month. Imagine if the prices would change to $5/month, for the app. Stacking them all together, you would end up paying even 10 times more for all of your applications. If I would be a publisher, I would surely change my paying method to monthly. I have a little hunch that all of them will. 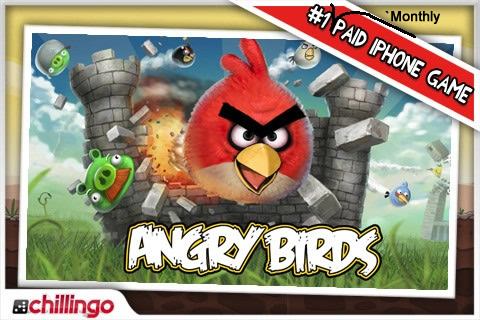 Please do post all your comments in the area provided below, we would love to hear what you think about Application Subscription.

21 thoughts on “How iOS 4.3 and Application Subscription will change the app world”