Well the guys over at Engadget just had to find out and have done a little image comparison between the Sony Ericsson Reality display and the iPhone 4 Retina display and just for fun also compared with the Motorola Droid X. 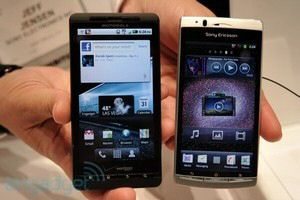 According to the article both the Sony Ericsson Xperia Arc Reality display has the same resolution as the Motorola Droid X at 854 x 480 and compares reasonably well with the iPhone 4 Retina display. 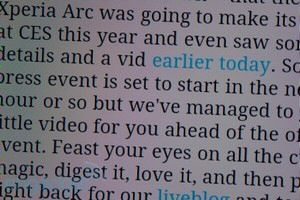 Apparently the noise behind the Arc’s Reality display the Bravia Engine something Sony says enhances detail and colour like on Bravia TV’s but apparently the engine can be switched off if required. Other than that not a great deal to add but no doubt these displays will get a little video comparison at some stage to see which can come out on top.