The delayed and then the not ever releasing white iPhone 4 seems to be making a lot of appearances of late and this time round it has made its way to the AT&T Secret System.

Thanks to 9to5Mac by way of BGR (Boy Genius Report) the latest news shows that the white iPhone 4 has made its way onto the AT&T inventory system, hopefully this is all true and not just a rumor.

We have already mentioned back on January 20 that the Best Buy inventory showed the white iPhone 4 and that the 16GB and 32GB versions will release February 27, 2011. Read full article here.

The AT&T inventory system is also showing the iPhone 4 16GB white and the iPhone 4 32GB white versions, could this really mean that the white smartphone will release in February or possibly early March? Time will tell.

Please do let us know if you thin the above is true or just part of someone’s vivid and wild imagination. Get the comments rolling, check out the inventory image below: 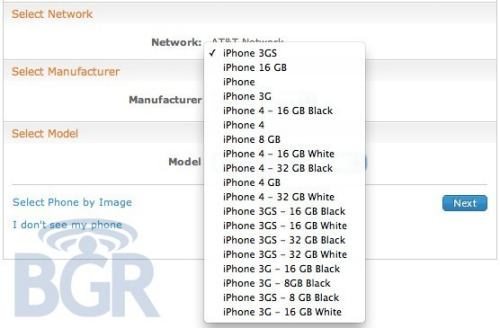