Have you ever thought that you’d love to try out different mobile operating systems without the necessity of having to go purchase a new smartphone or hacking your handset? We’ve seen many smartphones hacked to run other operating systems in the past, such as the dual boot HTC HD2, but what about a device that could easily swap to another OS?

Well what we have for your consideration today is a concept phone courtesy of PC World and by way of Yanko Design; a concept phone that allows the user to swap their mobile operating system by using cartridges much like a video console. 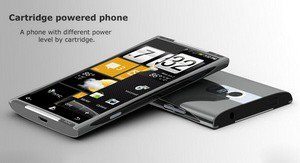 The concept is called the HTC Tube and would enable the user to swap their OS via a cartridge system and also upgrade their storage capacity, so in other words if your Tube was running say Android and you wanted to try Windows Phone 7 you’d simply swap the Android cartridge for a WP7 one…simple.

The HTC Tube concept was designed by Antoine Brieux, and personally I think it’s a great idea and one that would take off well with the public if it ever became a reality.

What do our reader’s think about this cartridge OS swapping concept, would you love to be able to change your operating system without too much hassle, or do you think the OS makers would never let it happen?