Everyone is waiting on the HTC Thunderbolt release and wait seems to be the optimum word here it is still delayed. Well at least there is some good news covering a hands-on review, do not get excited just yet though.

HTCPedia has got their hands on a HTC Thunderbolt dummy but it is the real thing that will excite the dummy never excites, but hey it is a start to give you an idea of what to expect when it finally releases. It will release soon enough and hopefully the suggested problem of battery life will get sorted.

The HTC Thunderbolt dummy will not bring anything great to the table but HTCPedia do have a few photos to show everyone that must admit looks stunning, you can at least get to see the design against the HTC Desire HD and the Thunderbolt’s unibody construction.

Looking at the dummy the source above says that the microUSB port has been moved to the side and no longer at the bottom like the HTC Desire HD, apparently the delayed smartphone will not fit into the Smartphonepedia Incredible Desktop Cradle either. Get ready for a bunch of new HTC Thunderbolt accessories. 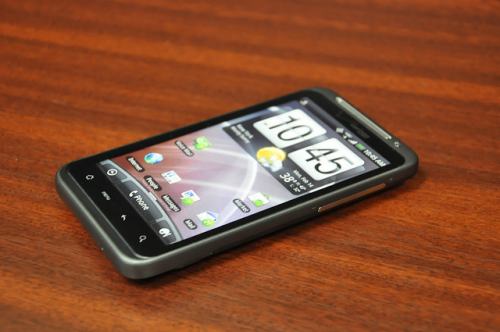 The Latest News Update: Verizon has no idea when the release of the Thunderbolt will be and their Facebook page gives you their response, apparently the latest is it could and yes we say COULD release March 4 (Fingers crossed).