Although not considered to be in the same realms as the Motorola Atrix 4G or even the HTC Thunderbolt, the HTC Inspire 4G is a 4G enabled smartphone that won’t hit your pocket as hard as the other handsets.

AT&T recently touted their HTC Inspire 4G handset in an advert and we have that advert for your viewing pleasure below courtesy of the guys over at Phone Arena, by way of Android Guys and ShareATT and lasts the usual time allotted for a commercial.

It appears AT&T have gone for laughs when promoting the HTC Inspire 4G having a supposed cop running whilst touting the Android 2.2 Froyo smartphone which sports high end specs whilst having a mid-rage price of $99.

Perhaps if you are in the market for a 4G handset and have become fed up waiting for the release of the HTC Thunderbolt maybe the HTC Inspire 4G would make a suitable alternative, anyway head on down and mash that play button to check out the advert for the HTC inspire 4G…enjoy. 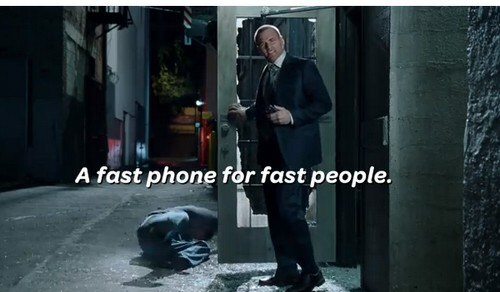 One thought on “HTC Inspire 4G on AT&T Advert”