The latest iOS tablet out of the Apple camp has only just bolted from the gates and already the Apple iPad 2 has had its screws removed and inner working placed on display for all to see, and apparently done before the tablet was available for purchase.

According to an article over on Ubergizmo, those disassembling guys at iFixit managed to get their hands on the Apple iPad 2 and went about their usual thing of performing a teardown of the iOS tablet.

What the guys found was that there are no more clips holding the front panel in place as the panel is now glued and thus a heat gun was needed, after that the screws weren’t a problem and bingo they were in.

Overall the guys rate the reparability factor of the Apple iPad 2 as four out of ten, with ten being the easiest, and apparently only Philips screws were use and no signs of any of those painful Pentalobular fixings.

So there it is, the second-generation Apple iPad torn asunder, and without too much trouble it would seem, although the guys do state that due to the gluing of the front panel there is an increased chance of cracking the glass. 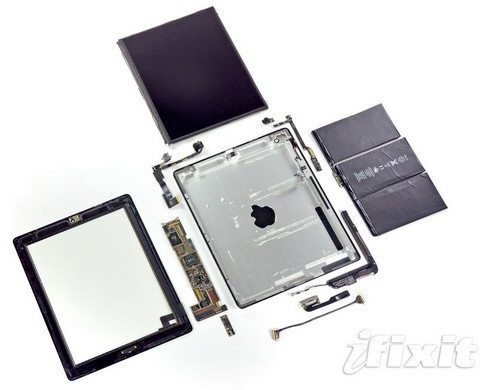