Ah what appears to be a never-ending release date for the HTC Thunderbolt on Verizon continues to evade the public, but apparently that long-awaited event is drawing even closer with the latest bit of news on the HTC Thunderbolt.

My Phones Review colleague Mark earlier posted about HTC making an announcement that the HTC Thunderbolt was coming soon via their Facebook and Twitter accounts, and now an article over on Engadget Mobile reports that one of their “trusted sources” says Verizon has now give the Android 2.2 Froyo device their “conditional approval.”

So just what does that “condition approval” mean, according to the guys, theoretically it could mean that the HTC Thunderbolt is immanent although the release apparently depends on Verizon and HTC reaching an agreement on fixes and changes requests on the 1st and 2nd firmware maintenance releases.

Apparently the guys have been informed that this process takes from 2 to 4 weeks, which if true could mean another month may pass before the HTC Thunderbolt is released, on the other hand it could also mean that the Thunderbolt could see release within 2 weeks.

So there it is for what it’s worth, but the big question is will potential HTC Thunderbolt customers continue to wait a further month if it takes that long? 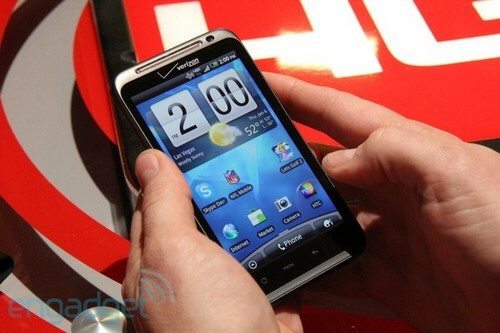