It appears that if you have dallied somewhat in snapping up the new Apple iPad 2 you will now have a bit of a wait on your hands to get the iOS tablet as apparently the demand for the second generation Apple iPad has caused the device to become short on supply.

According to an article over on 9to5 Mac if you want to purchase the Apple tablet from the Apple Online Store there is now a shipping date set at four to five weeks for the iOS device.

This unfortunately means that if you order your shiny new Apple iPad 2 right now you can expect a wait of a month before you actually get your new tablet. 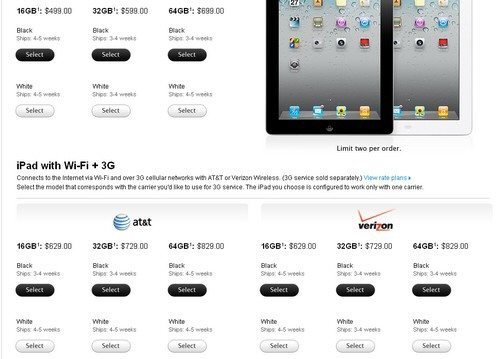