Ever wanted one of your videos shot on your iPhone to be shown on a big public video screens, say like the ones in Times Square? Well apparently if you have an iOS smartphone you can and it would appear without too much difficulty as the video below shows.

The iPhone video hack of Times Square video screens footage comes our way courtesy of the guys over at Daily iPhone Blog and by way of iSpazio and YouTube user BITcrash44 and shows you how to hack your video onto one of the public video screens.

It’s kind of nifty although of course you run the risk of being detained by security if you’re caught as no doubt the video screen owners and advertisers wont like you interrupting their footage. But it’s a neat trick so hit that play button and check out the footage…enjoy. 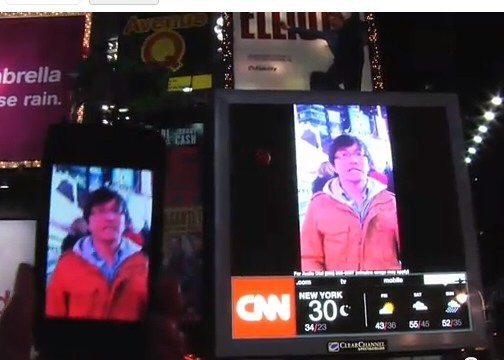