The HTC Thunderbolt is the most talked about smartphone at the moment especially when mentioning release dates, well hopefully the latest news via Wirefly can help ease a few minds because you can now pre-order this LTE handset.

Remember we wrote an article that was a little crazy and we gave you our look into why March 17th would be the release date of the HTC Thunderbolt, well it seems our crazy theory could be true.

If you visit Wirefly you can now pre-order your HTC Thunderbolt, Wirefly even give it a little hands-on love as well, which you can see in the video provided below, this video shows a little 4G service demo. According to a document Verizon received by the online retailer Wirefly this handset will launch this Thursday.

Now even though the above release date sounds great we have not had official information from Verizon Wireless to confirm this but at least you can still pre-order via Wirefly. A quote over on ComputerWorld say’s “The wireless devices group introduces the HTC Thunderbolt to the product line-up! The HTC Thunderbolt will launch on March 17, 2011!” The spokesman would not share a copy of the document, however.

Wirefly also have a dedicated HTC Thunderbolt page where you can see all the specifications, features and basically everything you need to know about this new smartphone, it also has a very nice photo gallery. 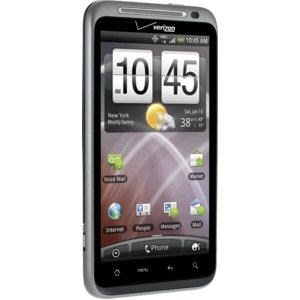