A while back Algoriddim release their Djay iOS app for the Apple iPad enabling iPad users to spin their disks on their iOS tablet, but the company didn’t release a version for the iPhone; however that has now been rectified.

According to an article over on Macrumors, Algoriddim has now released the Djay app for the iPhone and iPod Touch, which delivers the same features as the Apple iPad.

The Djay iOS App for the iPhone and iPod Touch basically delivers a full-fledged portable DJ system to your device that gives access to all the users favourite playlists and tracks.

We also have a very short introduction video for the Djay app for iPhone and iPod Touch for your viewing pleasure below courtesy of the Djaysoftware YouTube page.

The Djay app can be downloaded to your iPhone or iPod Touch running iOS 4.2 and up by hitting up iTunes and for a cost of $9.99. 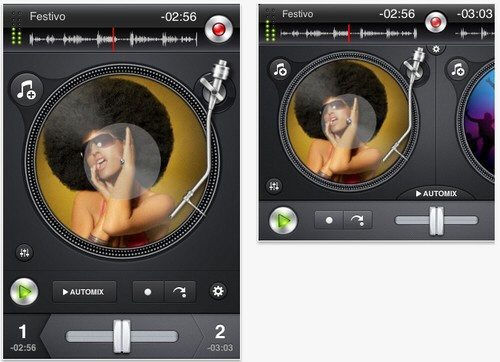