The latest smartphone sporting the Windows Phone 7 operating system for Sprint is of course the HTC Arrive, and today we have a little hands on video footage for those that might be contemplating picking up the HTC Arrive.

The HTC Arrive for Sprint hands on footage comes our way courtesy of the guys over at Slash Gear who received the WP7 device and have given the smartphone the once over in written and video form, the full written hands on can be read on their website along with an abundance of images.

However, if you prefer to watch the video we have that below, which delivers almost five minutes of unboxing the HTC Arrive and getting up close and personal with Sprint’s version of the HTC 7 Pro.

Of the HTC Arrive they say it is mostly made of metal, and uses a “strange” hinge for its keyboard that’s stranger than the hinge found on the T-Mobile G2, although the handset handles “like a dream.”

The guys will be delivering a full review of the HTC Arrive in a few days and they say they’ll be testing out everything on the device. The HTC Arrive should be available from Sprint as of the 20th of this month, so until then check out the video below…enjoy. 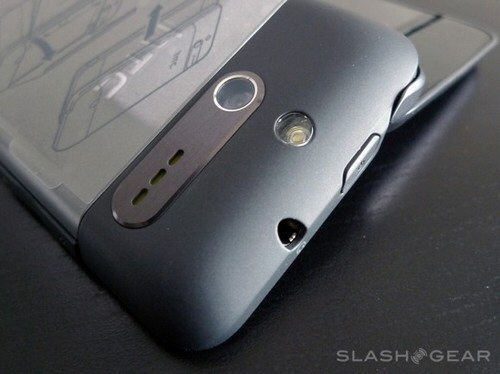