So if you had any doubts about the iPhone 4 video capture feature, and transferring them to your shiny new iPad 2 and editing the video with the iMovie app, you might like to check out the video we have for your viewing pleasure below.

According to an article over on Slash Gear, by way of TUAW, Robert Stephens was on his way to work when he notice a gas explosion and recorded the fireball on his iPhone 4, and then he proceeded to transfer the video to his Apple iPad 2 while in his car, and edited said video footage using the iMovie app.

The results of which you can view below, apparently the video footage even made it to MSNBC and CNN, and he says that if he hadn’t of had his Apple iPad 2 handy at the time he would have probably uploaded the raw footage.

With the use of the iMovie app on the Apple iPad 2, Stephens was able to put together a pretty good report on the event, so head on down and check it out, and feel free to let us know what you think…enjoy. 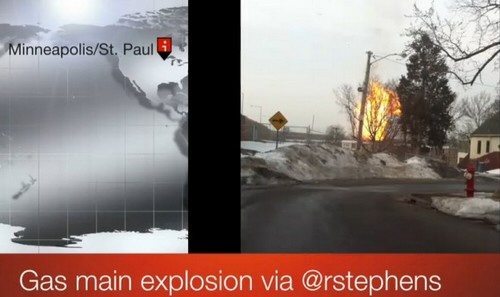