Thee guys over on Droid-life came up with a screenshot of Best Buy’s system depicting the HTC ADR6350 Droid Incredible 2 (Android), so maybe we will be hearing more about the smartphone once CTIA 2011 kicks off this week.

The HTC Droid Incredible 2 will of course be headed for Verizon and according to Phone Arena specs include, a capacitive touch screen of some size, Android 2.2 Froyo OS, an auto-focus camera with LED flash and 720p video, built-in Facebook, Twitter, and MySpace, WiFi, Bluetooth, microSD expansion up to 32GB and 3.5mm jack.

So hopefully once CTIA 2011 starts we’ll get some confirmation on those specs along with an official announcement, and maybe an expected release date and pricing. Any of our readers hoping to purchase the HTC Droid Incredible 2 once it surfaces? 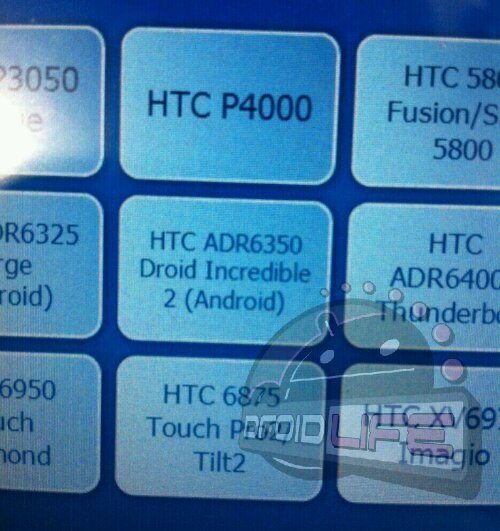