Back during Mobile World Congress, ZTE announced that their successor to the ZTE Bland, a device better known as the Orange San Francisco, would release some time in May: however apparently there will be a 2 month delay.

According to an article over on The Inquirer, ZTE’s director of mobile devices, Wu Sa, has told them that the ZTE Skate smartphone which will run the Android 2.3 Gingerbread operating system will now become available in the United Kingdom sometime in the 2nd half of the year, although no reason for the delay was given.

Apparently the ZTE Skate is larger than the San Francisco sporting a 4.3-inch touch screen, 5 megapixel camera, 800 MHz processor, A-GPS, Bluetooth, G sensors and is 10.8mm thick with a weight of 120 grams.

We have a short hands-on video of the ZTE Skate shot during MWC courtesy of the guys over at Phone Dog for your viewing pleasure below, so feel free to check that out.

There’s not word on which networks the Android handset will go with or what the device will cost, and apparently ZTE is uncertain whether the ZTE Skate will keep he name or be re-branded like the San Francisco, which apparently sold 2 million last year, which represents 7 to 8 percent of UK smartphone sales. 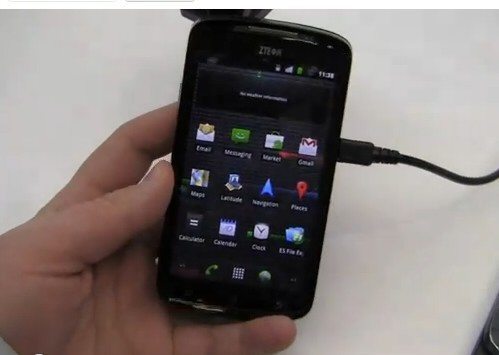