Well now it would appear that owners of the Motorola Atrix 4G smartphone are having a bit of a problem with voice quality with the new Android 2.2 Froyo device, and apparently this problem is quite widespread.

According to an article over on Engadget, this voice quality issue hasn’t gone unnoticed by those at Motorola either, as apparently over on the Motorola Support Forums, a Motorola forums manager has put up a sticky post addressing the many customer complaints.

For anyone that is seeing this issue with the Android device they can of course share their woes on the forum much like several others have done, but for the moment it looks like users will have to continue suffering with the problem until such times as a fix is found.

So are any of our readers experiencing this voice quality problem with their Motorola Atrix 4G? If so feel free to voice your annoyance to our comments area below. 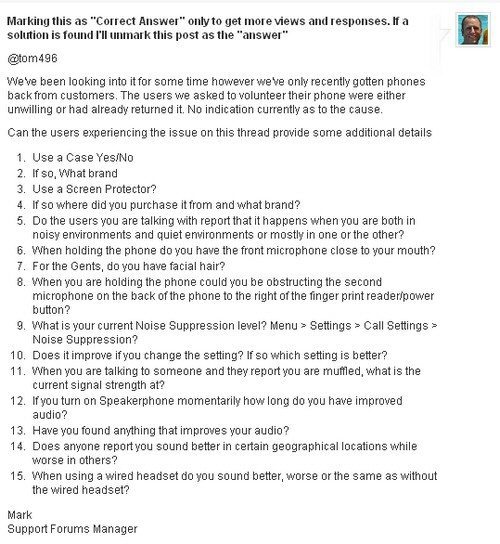