For those that are of a mind to check out some 3D goodness when the new HTC EVO 3D hits the streets on Sprint, you can now view what the Android packing HTC EVO 3D offers as HTC has now pushed out its first commercial for the smartphone.

The HTC EVO 3D commercial video comes our way courtesy of the guys over at Android Community and by way of the HTC YouTube page and lasts the usual time for touting on TV and shows off the handsets video record and playback along with 3D objects bursting from the display…obviously the handset doesn’t actually do this.

The Android 2.3 Gingerbread packing HTC EVO 3D has the tag line…”Your mobile life in 3D” and touts the fact that a user doesn’t require the use of 3D glasses with the HTC EVO 3D handset due to its 4.3-inch qHD display.

With the HTC EVO 3D handset, users not only have the ability to view 3D content without glasses, but can also create their own 3D content using the two 5 megapixel rear cameras that shoot in 720p HD 3D. So all you need do now is head on down, hit that play button and check out the first commercial for the HTC EVO 3D…enjoy.

Are you hoping to snap up the HTC EVO 3D once it becomes available? 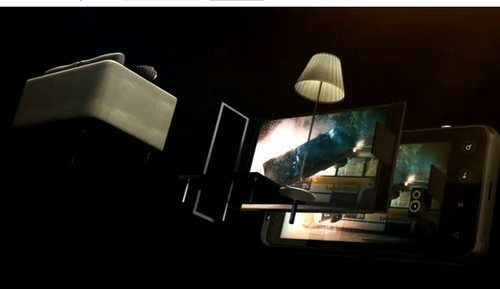