According to an article over on Engadget, old Sammy has now gone all official with their Apple iPad 2 challengers, announcing that the WiFi model of the Samsung Galaxy Tab 10.1 will hit US streets as of the 8th of June sporting a price tag of $499 for the 16GB model, while the 32GB model will hit your pocket for 599 bucks.

As for the 10.1’s smaller sister, the Android 3.0 Honeycomb packing Samsung Galaxy Tab 8.9, apparently Sammy hasn’t given a hard and fast release date and has opted in stead to say the device will become available early summer.

So there you have the prices for the WiFi enabled Galaxy Tabs along with June release for one and early summer release for the other, so are you of a mind to snap up one of them when they hit? 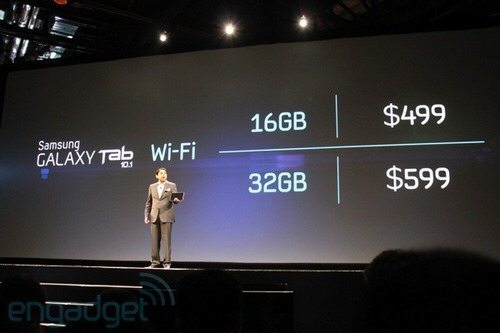