Okay folks so here is the main event, a comparison video between two giants of the mobile space, the Android HTC Thunderbolt facing up to the iconic iPhone 4 in a hardware, specs, design and pricing battle, but which device will come out tops?

The HTC Thunderbolt against the iPhone 4 comparison video comes out way courtesy of the guys over at Technobuffalo who have done the deed in pairing the Android 2.2 Froyo 4G handset with the iOS toting iPhone 4 in this eight minute battle.

Noah Kravitz oversee the confrontation and kicks of with letting everyone know that the HTC Thunderbolt has more storage space with 40GB total while the iPhone 4 has 32GB and the 32GB iPhone 4 cost $50 more than the Thunderbolt.

The HTC Thunderbolt is also larger than the iOS smartphone with a 4.3-inch WCGA Super LCD display, while the iPhone 4 offers a 3.5-inch Retina Display; however, I’ll stop right there as not to spoilt your enjoyment of the comparison footage below.

No doubt the Android faithful will come down on the side of the Thunderbolt while the iOS fanboys will as always claim nothing ever beats the iPhone, so I’ll let you decide for yourself after watch the footage…enjoy. 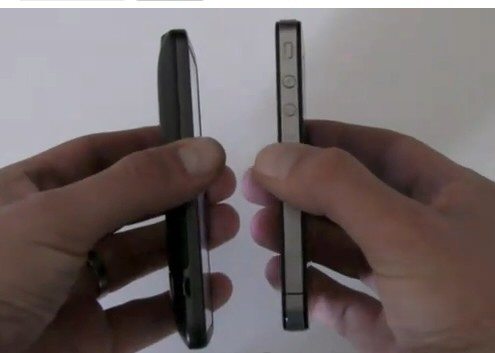