Looks like the latest Angry Birds game is about to get onto virtually every smartphone platform there is except Windows Phone 7, as Angry Birds Rio is already available on iOS and Android and is soon to head for Symbian^3 and WebOS smartphones.

According to an article over on Phone Arena and by way of Geek.com and Symbian-Freak, Angry Birds Rio, the latest in the hugely popular multi-platform game series will hit the Ovi Store and Palm App Store as of the 8th of April.

So by the 8th most green pig slaughtering lovers should be able to get their hands on Angry Birds Rio, with the exception of anyone with an Android device outside the US of course as most are aware Amazon has exclusivity over Angry Birds Rio for Android and isn’t an international store.

As an Angry Birds fan in the UK I did attempt to get Angry Birds Rio, you can download the Amazon Android Appstore app, but you can’t actually download anything else, so pretty pointless if you don’t live in the USA.

I also put in an email to Rovio asking when Angry Birds Rio would be made available to international Android owners via the Android Market but as yet I haven’t received a reply. 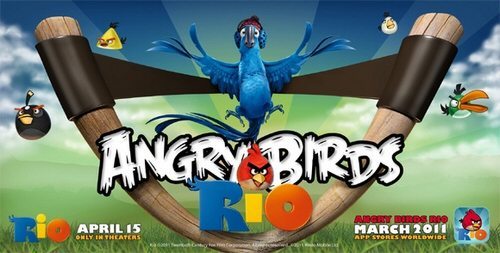