Well yesterday saw the release of Apple’s latest iOS tablet outside the US of A, and as expected many countries saw exceedingly long lines of customers waiting to get their hands on the Apple iPad 2, with apparently on potential owner in Sydney Australia queuing for a staggering 53 hours.

According to an article over on the Boy Genius Report, lines for the Apple iPad 2 in other coutries were just as ridiculously long and have posted a video of one such Apple iPad 2 line outside the Apple retail store in the Toronto Eaton Center in Canada, which of course we have for your viewing below.

The Apple iPad 2 queue filmed in the video by YouTube user Nlightn7, was shot at approximately 930 AM, and the iOS tablet wasn’t due to become available until 500 PM, so it just goes to show how long people are prepared to wait in line for the device, something I personally don’t have the patience for.

So check out the video footage below to see just how long that line was, and of course if you joined on of these line to gain the Apple iPad 2 anywhere in the world feel free to let us know if you managed to get the device before stocks ran out…enjoy. 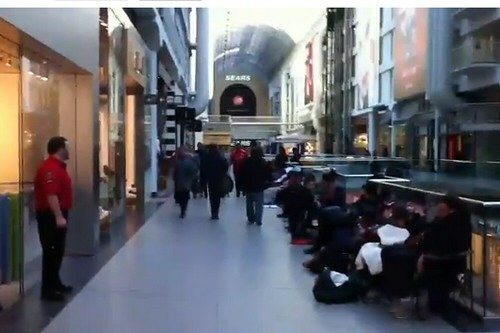