Apple iPad 2 Stock In UK Runs Dry: Got Yours

The latest iOS tablet from the Apple stable went on sale in the UK as of Friday, and it would appear that demand for the Apple iPad 2 was so heavy that UK stock of the device, just 24 hours after becoming available, has been depleted.

According to an article over on Pocket-lint, the guys did some checking with UK stores that were offering the Apple iPad 2 and have found that you just can’t find the Apple tablet still up for grabs across the UK.

Apparently the guys spoke to the Covent Garden and Regent Street Apple flagship stores as well as Tottenham Court Road’s Curry’s and PC World along with Oxford Street’s Carphone Warehouse and Phones4U and all have run out of stock.

The guys can also confirm that Bristol, Birmingham and Manchester along with all premium Apple reseller, Cancom for England, Scotland and Wales are all out of stock of the Apple iPad 2, with a sales rep in Bristol stating that the whole Southwest of England are out of stock.

Thus it would appear that you can’t at this moment get your hands on the next generation Apple iPad and there’s no guarantee stores will replenish stocks today, so currently in the UK the only option is to order online, but that will come with a three to four week delivery time.

So how did it go for you on Friday, did you manage to get your Apple iPad 2 before stock ran dry or were you left iPad 2- less and now hoping your local store will restock soon? Feel free to let us know by shouting out in our comments area below. 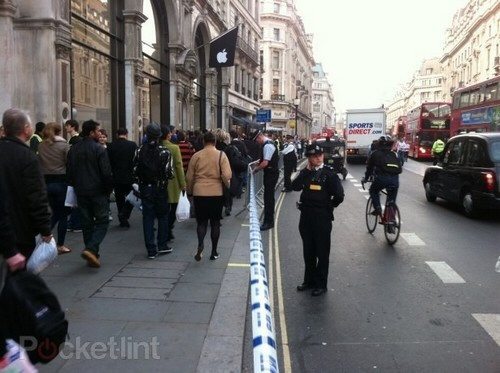 40 thoughts on “Apple iPad 2 Stock In UK Runs Dry: Got Yours”