So just how popular is the multi-platform mobile game Angry Birds? Well very popular, well at least in Finland where they recently held the Angry Birds championships, which was captured on video and naturally we have that footage for your viewing pleasure below.

The Angry Birds Championships Finland video comes our way courtesy of the guys over at Daily Mobile and by way of Nokia Conversations, although apparently only a national contest and not a global championship.

At stake for the winner of the Angry Birds championships Finland was a Nokia N8 smartphone along with tickets for two for a trip to Hollywood with 19 year old Jonas Koivula taking the prize.

Apparently the contest drew 2600 participants which was whittled down to 32 finalists, the youngest of which was just 6 years old and practiced playing Angry Birds on his father’s smartphone. Jonas practice for the event for 2 months before the finals. 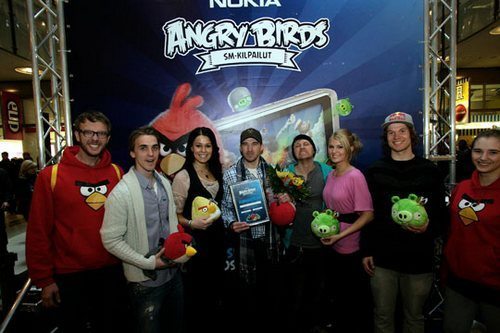