When it comes to the world of smartphone mobile apps we are all aware that Apple is way out in front of the closest rival Android, and it appears that Apple continues to hold the lead when you look at apps suitable for tablets.

An article over on 9to5 Mac notes that blogger Justin Williams has gone through the Android Market to count how many Android 3.0 Honeycomb apps are available to the Android tablet space and apparently has found that the Android Market is rather lacking in the field, and for a list of those apps you can check out his website.

Here’s what Williams says…” My criteria for considering an app for this list is that it either requires Android 3.0 or have its user interface be specifically designed for a tablet experience. I didn’t count games or existing Android apps that are just upconverted to take advantage of the existing screen real estate. Based on my criteria, I found 20 apps in the Android Marketplace for the Motorola Xoom.”

Since the arrival of the Apple iPad apparently developers have come up with over 65000 iOS apps that can be used on the iOS tablet and that doesn’t include iPhone apps that have been modified for the iPad.

However one does have to give Android a fair chance at a crack of the whip when it comes to their tablet specific Android 3.0 Honeycomb OS as it hasn’t really been out that long, so no doubt given time developers will deliver more apps that can run of such devices as the Motorola Xoom and other Android tablets.

Basically Apple has always had a head start, so let’s not go beating up the rivals just because they haven’t had the same amount of time to work on tablet apps as Apple devs have shall we. 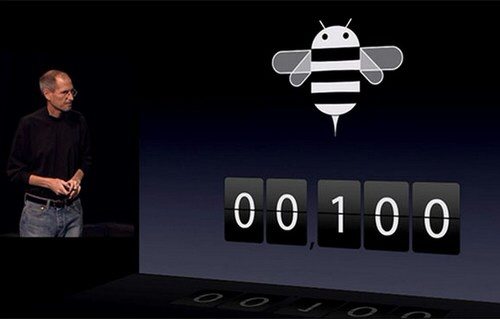