The next instalment of the hugely popular multi-platform mobile game Angry Birds, Angry Birds Rio was originally exclusive to the Amazon Android Appstore and users had to pay for the privalage of downloading and playing the app.

However according to the Boy Genius Report, that exclusivity has now gone and Rovio has released Angry Birds Rio for Android to the Android Market, and about time too; furthermore the Angry Birds Rio app is free.

When Rovio gave Angry Birds Rio exclusively to Amazon they basically cut out the millions of international Angry Birds fans as anyone outside the US couldn’t download the new app, so at least now Rovio has put that straight and international users such as myself can grab the app from the Android Market.

In Angry Birds Rio you no longer get to smash the living daylights out of those pesky green pigs, but have to liberate birds from cages in the usual manner of launching the Angry Birds. The app has 2 episodes delivering a total of 60 levels, hidden fruits, and now features achievements, and the app will get episodic updates every month right through November.

So for all you Android Angry Birds fans that couldn’t grab the new game before you can go grab it now, just like I did…video gameplay trailer below. 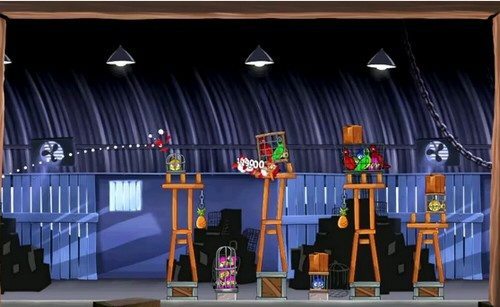