iPhone 5 on Verizon May Have A Battle With AT&T, T-Mobile Merger

Well the rumour is that the next generation iPhone may not make an appearance until sometime in the fall rather than at the usual expected summer unveiling, but when the iPhone 5 does materialise it is expected the iOS device will also go with Verizon.

However, apparently according to an article over on Gizmo Crunch, the iPhone 5 on Verizon may not have such an easy time as when the Verizon iPhone was launched due to the AT&T – T-Mobile USA merger should it go ahead.

According to the article, one of the major reasons customers picked up the Verizon iPhone was due to the Big Red was less likely to drop calls on the iOS device, but with AT&T and T-Mobile USA joining forces this may change.

Apparently an article over on Products-reviews says that Randall Stephenson of AT&T has stated that “he believes that if they were to get together with T-Mobile then calls would not only be cheaper, but there will also be an increase in quality – something that AT&T customers have been waiting for.”

We have a short video of AT&T CEO Randall Stephenson talking about the proposed merger of AT&T and T-Mobile below courtesy of the Associated Press YouTube page and the available spectrum, which apparently could mean an increase capacity of 30% in major cities.

The proposed merger of AT&T and T-Mobile USA hasn’t gained approval as yet, but apparently AT&T wants it finalised by the end of the year.

So what our readers opinions on whether the AT&T – T-Mobile merger would effect how well the iPhone 5 on Verizon wireless does, would it cause Verizon to lose customers to the newly formed joint venture or not? 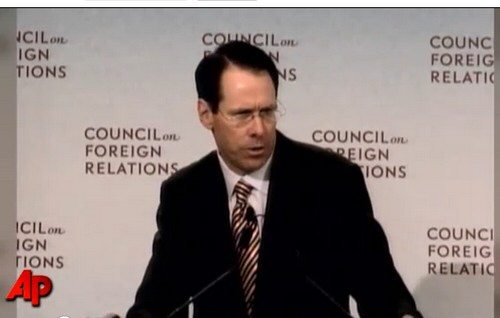