New Xperia Play Adverts With Only A Little Weirdness: Videos

I’m not too sure why Sony Ericsson has to throw in the crazy when they make commercials for the first PlayStation Phone, the Sony Ericsson Xperia Play, but for some reason they feel the need to rather than simply tout the handset.

Perhaps Sony Ericsson feels our lives are somewhat humdrum without a little weirdness every now and then. Whatever the case, Sony Ericsson has shoved out another two commercials for the Android Gingerbread device, which we have for your viewing pleasure below.

The videos come our way courtesy of the guys over at Phone Arena and by way of the official Sony Ericsson YouTube page and both feature Kristen Schaal, who in the first video promotes the Xperia Play daily tasks before picking up an AK47and hitting the weird zone.

The second video Kristen goes head to head with herself in a battle with the Sony Ericsson Xperia Play and doing such things a shooting her in the face and stabbing her in the boobs although one Kristen does state she can’t feel it because her boobs are so big, bigger than the Xperia Play is seems.

Thus is has come down to Kirsten Schaal’s boobs being of more interest that the Sony Ericsson Xperia Play it would see, well at least in Sony Ericsson’s advertising view. So all you need do now is head on down and hit those play buttons to check out the latest Xperia Play promo commercials…enjoy. 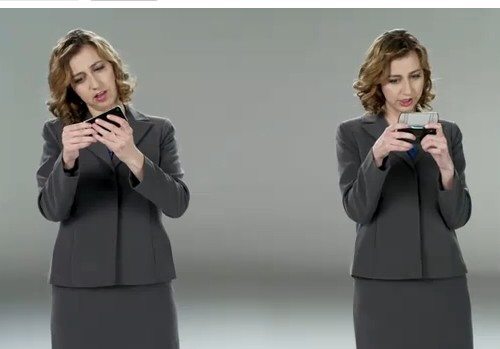