Still sitting on the fence pondering whether to purchase the Android Gingerbread sporting Sony Ericsson Xperia Arc smartphone? If so then perhaps a review of the device might go some way to helping you make up your mind.

I’m only going to summarise this review as the guys have gone into quite some depth with the Sony Ericsson Xperia Arc review covering some seven pages, so if you wish to read the entire review you can do so by hitting up their website.

Their first impressions of the Xperia Arc is that the Android device is “unbelievably, impossibly thin” and too light weighing in at 117 grams, while the 4.2-inch touch screen has a small bezel while the device is only just longer than the HTC Desire HD.

I’m pretty sure you’ve all had your fill of Xperia Arc specifications so I wont rehash them here, but they do say the Xperia Arc display is quite as sharp as the iPhone 4, but rather on par with the Samsung Galaxy S.

Other areas covered in the review include contacts and calling, messaging, Internet, the camera, video, and interface, and the guys have also posted a HD video sample, which we have for your viewing pleasure below, so don’t forget to check that out.

So are you still contemplating purchasing the Sony Ericsson Xperia Arc, or have you snapped up the Android smartphone already? 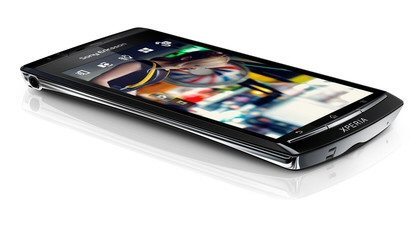 One thought on “Android Gingerbread Xperia Arc Gets Reviewed”