When it comes to what apps are allowed on iTunes, Apple seems to be a law unto themselves and doesn’t actually follow their own approval and rejection process otherwise Apple’s newest iOS app called iAd Gallery wouldn’t have made it onto the App Store.

Why? Well according to an article over on Slash Gear by way of Inner-active, and Engadget, Apple has released the iAd Gallery app after rejecting another app from a developer that pulled all the iAds on the advertising network into a single place known as Ads Tube.

The reason for rejecting the Ads Tube app was apparently because the app “lacked functionality”, however the iAd Gallery app also lacks functionality yet Apple has approved said app.

Furthermore personally ads in apps can be quite annoying so why would anyone want an app that only delivers adverts and nothing else?

Just so you know what the rejected Ads Tube iOS app for the iPhone was all about we have a video of the developer explaining the app for your viewing pleasure below.

Thus is seems that Apple is using the “we can do whatever we want” rule when it comes to approving apps for the iOS platform even if that means bending the rules to suit their own purposes, which shouldn’t comes as a surprise to anyone. 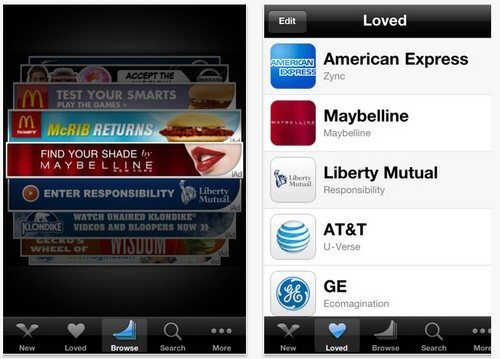