For all those that use a Symbian^3 smartphone you can now get some Android Birds Rio action on your Symbian^3 handset as the latest ngry Birds game has now become available from the Nokia Ovi Store although not free.

So what we have for you Symbian fans below is a little video footage of Angry Birds Rio playing on a Nokia N8, which comes our way courtesy of the guys over at Daily Mobile and by way of YouTube user theblogjack.

The Nokia N8 Angry Brids Rio video delivers three and a half minutes of gaming action on the Symbian^3 handset whereby you launch the differing coloured Angry Birds at cages of captured birds rather than the greedy green pigs.

The official launch date for Angry Birds Rio for Symbian is today but apparently several users spotted the mobile game on the Ovi Store and have already downloaded it, while others report it as unavailable, but whatever the case the game will cost you Â£1.50…enjoy the video. 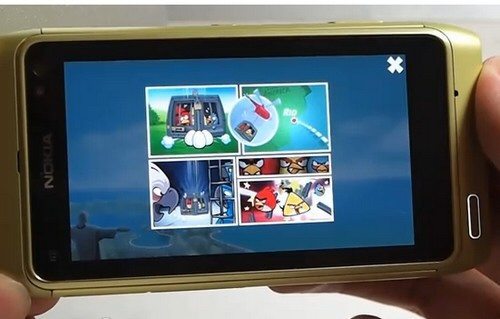