Every fancied the idea of running your own nightclub, would you like to find out what it’s like and have a go? Well if you own an iOS device you can do just that with the ClubWorld iOS app from Tapulous.

The ClubWorld app for the iPhone, iPod Touch and Apple iPad enables the user to design and operate their very own nightclub in this real time simulation game whereby you can keep the music rolling in your nightclub with your iTunes playlist.

The ClubWorld iOS app features the ability to check out clubs by using special guest artists like David Guetta, and TiÃ«sto at their clubs, visit friends clubs as you walk along the ClubWorld strip, experience Tap Tap is a special party round, and make friends via the music matchmaking system.

The ClubWorld app for the Apple iPad, iPod Touch and iPhone running iOS 3.0 or above can be downloaded to your iOS device from iTunes as a free download. 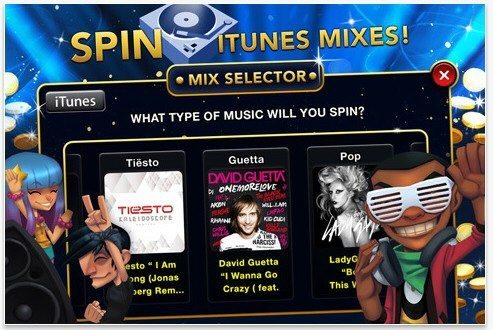 14 thoughts on “ClubWorld iOS App: Design Your Own Nightclub”