The pesky thieving green pigs are still at it and they change with the seasons as word is Angry Birds Season will be getting an Easter flavoured update in the not too distant future, enabling the gaming fans to play along at Easter time.

According to an article over on Ubergizmo by way of Eurodroid, the guys over at Pocket Gamer have the first screenshots of the updated Angry Birds Easter the next instalment of Angry Birds Seasons.

Word is green pig bashing gamers will gain 15 new Easter levels with apparently 3 extra levels via Facebook and will no doubt be filled with such things as Easter eggs and the Easter bunny along with anything else Easter associated.

Word has it that the Angry Birds Easter update should hit the iPhone App Store next week, no word on the Android version though, but no doubt Android will gain the update before Easter hits. Will you be grabbing the Easter version of Angry Birds Seasons for your device? 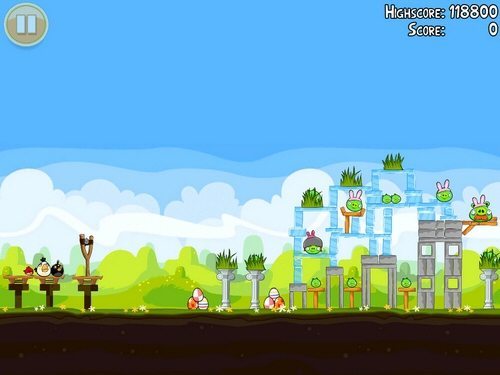 One thought on “Angry Birds Seasons Gets Eggciting with Easter Update”