So it appears that mobile game maker Rovio is about to take their hugely popular multi-platform game, Angry Birds to another level, is as much as they are to soon release Angry Birds Magic, a version of the game for NFC enabled smartphones.

Although Near Field Communication isn’t that widespread at the moment, it appears NFC will be the next big thing in the mobile space and thus according to an article over on Gadget Venue, by way of Nokia Conversations, Rovio is to release Angry Birds Magic in the coming months.

This new version of Angry Birds will apparently be exclusive to Nokia and will launch on the Nokia C7 once the ‘Anna’ update hits. The idea is that you know someone else with an NFC enabled device and they came help you to progress through the game.

Here’s what Mikael Hed of Rovio says… “With Angry Birds Magic, friends can group together to combat the pig menace, in a new take on the game that so many people all over the world have fallen love with. This is an exclusive offering with the Nokia C7, a smartphone that really kicks off the NFC experience for developers. In time, the communal power of users with Angry Birds Magic could prove even stronger than the Mighty Eagle.”

Apparently Angry Birds Magic will also included on all Near Field Communication devices coming out of Nokia in 2011, and we have a short demo video of the Angry Birds Magic edition for your viewing pleasure below.

Do you thing Rovio has made a wise move delivering a version of Angry Birds just for NFC enabled devices, or should they wait until more devices offer NFC? 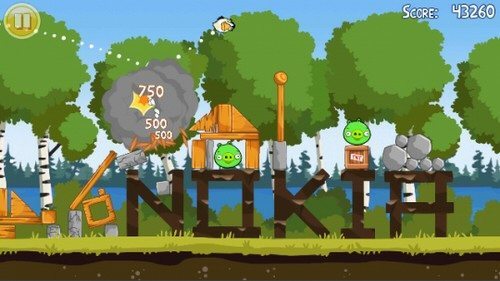