Apple and Samsung Battle over iPhone and iPad Copying

Looks like Apple has again thrown their toys out of the pram and this time round is aiming their legal guns at Samsung over old Sammy supposedly copying Apple’s iPhone and the Apple iPad “look and feel” in their devices.

According to an article over on Engadget and by way of the Wall Street Journal, Apple filed a lawsuit on Friday in the Northern District of California, and is after an injunction against Samsung along with damages.

“Rather than innovate and develop its own technology and a unique Samsung style for its smart phone products and computer tablets, Samsung chose to copy Apple’s technology, user interface and innovative style in these infringing products.”

Apparently Apple is also claiming that the Samsung Epic 4G and the Samsung built Google Nexus S infringes of Apple’s intellectual property in the same manner.

Looks like it’s a battle of the big boys in the mobile space that will no doubt take forever to get sorted, but really I think Apple is going a bit over the top with this one. Does the Galaxy Tab look and feel like the Apple iPad?

Personally I think having put my Samsung Galaxy S up against my colleague Mark’s Apple iPhone 4, my Galaxy S does resemble the iPhone 4, so why leave it until now to sue Samsung? If fact one could say most smartphones and tablets resemble each other in one way or another. 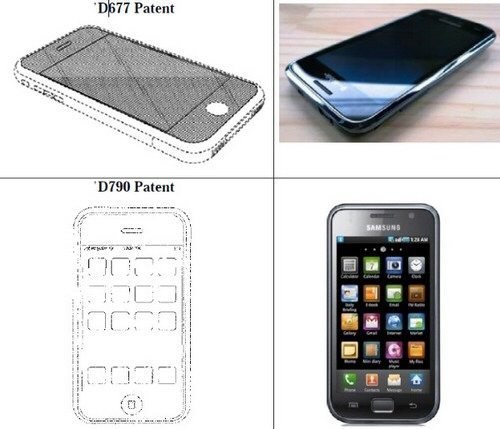