Sony Tablets aka S1 and S2 Releasing This Year

So Sony is to step into the tablet market later in the year and offer potential customers a couple of Android based tablet devices, which currently have the codenames, Sony S1 and Sony S2 although both tablets may not come out to play at the same time.

According to an article over on the Wall Street Journal, the Sony S1 Android tablet will be a 9.4-inch touch screen slate style device that is thick at one end whilst tapering off at the other end. The Sony S2 will be more like a traditional laptop style that will sport 2 x 5.5-inch displays, much like the Kyocera Echo smartphone.

Apparently Sony has confirmed that both tablet devices will sport 3G/4G or WiFi connectivity; however as yet Sony hasn’t stated which carriers at likely to offer the tablets and for what price.

Word from Sony is both devices will come out to play packing Android 3.0 Honeycomb and feature an NVIDIA Tegra 2 processor and also be capably of playing PlayStation quality games.

And just so you know what the Sony S1 and S2 look like we have a first look video below for your viewing pleasure courtesy of YouTube user Mullinz03…enjoy. 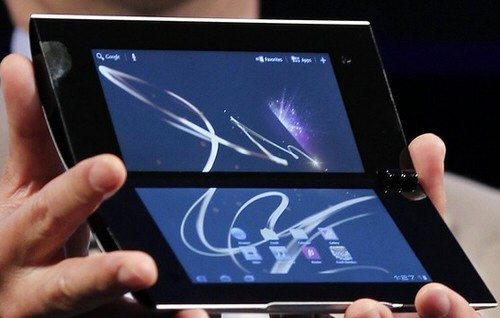