If you are not one of the privileged few that will get to attend Google I/O 2011 next week fear not because the Android faithful can keep up with the event’s goings on as Google has now release the official Google I/O 2011 app for Android.

According to the guys over at Android Community the Google I/O 2011 app is a good app to have to keep up with the sold out Google I/O 2011 event that features numerous speakers and sessions at the event which is held on the 10th and 11th of May.

The Google I/O 2011 Android app enables users to view the schedule, look through information on companies in the Developer Sandbox, get the current news on I/O through real time search stream, view the conference map, and create and manage notes.

For those interested in the Google I/O official app for Android you can download the free app to your smartphone from the Android Market. 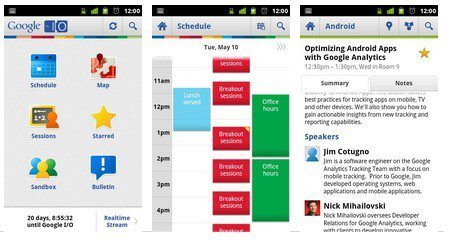