For those that may be sitting on the fence pondering whether to pick up the latest Google device to play nice on Sprint’s WiMAX 4G network, namely the Android 2.3 Gingerbread toting Samsung Nexus S 4G, we have a quick unboxing video of the handset for your viewing pleasure below.

The unboxing of the Samsung Nexus S 4G for Sprint video comes our way courtesy of Noah Krativz over at Technobuffalo and delivers almost eight minutes of getting up close and personal with the Android 4G smartphone.

You probably know that the Samsung Nexus S 4G is already available to purchase from Sprint for 199 bucks when signing up for a contract of 2-years length and comes with the latest stock Android OS and is quite similar to the Google Nexus S.

So rather than me rattle on I’ll just let you jump on down to hit that play button and check out the unboxing of the Samsung Nexus S 4G smartphone…enjoy. 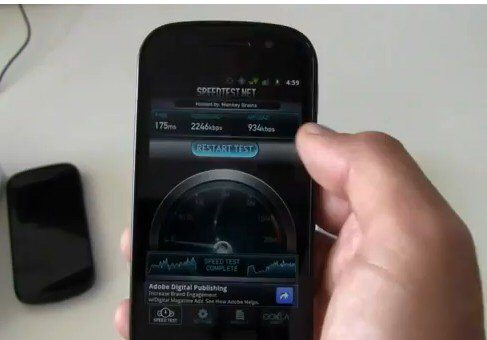