With the official release of Android 3.1 Honeycomb by Google yesterday, there was a software update being rolled out for Motorola Xoom 3G tablets on Verizon.

The new software update for the Motorola Xoom 3G tablets includes home screen widgets, the new web browser, and other features that were promised by Google. One of the major benefits you will notice with the Android 3.1 update, is that the tablet will be operating faster. 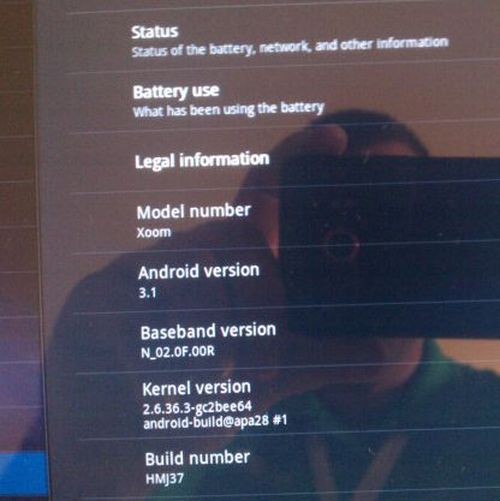 Information on the update comes to us from Crunch Gear by way of Liliputing who have stated that the increase in speed of the tablet is due largely to support for hardware graphics acceleration. Some users have reported that the user interface on their tablet feels faster and more responsive, also there are reports that the web browser is faster, with a smoother zooming performance.

Another feature added to the Android 3.1 update is a “check now” button located in the system updates menu, which makes it easier for the user to check for new software updates.

Have you received the new software update for your Motorola Xoom 3G tablet? If so, please let us know what you think.